Biggest Takeaways from Year 1 of the Driving Force Podcast 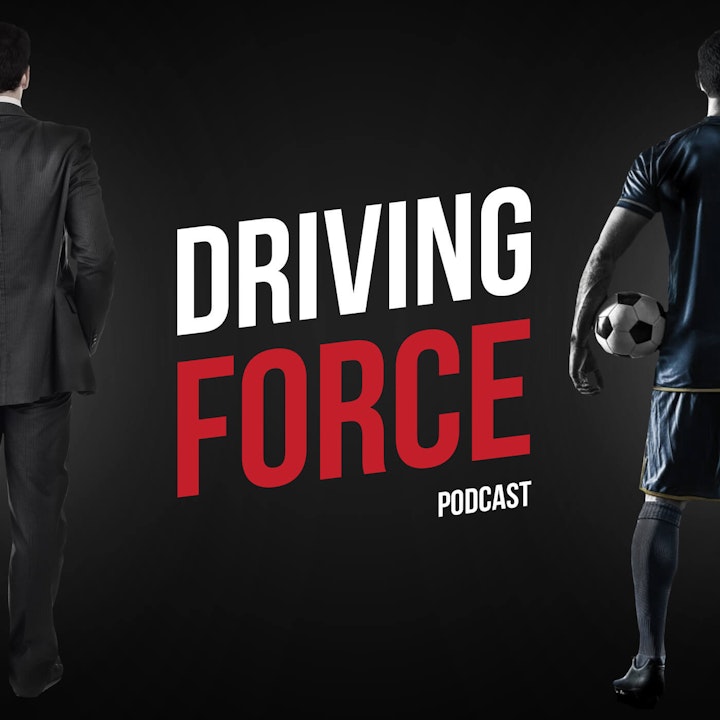 With the release of the 50th episode of the Driving Force Podcast I thought it would be interesting to compile and share some of my biggest learnings from doing the podcast so far. My guests have included Navy SEALs, ultra-runners, startup CEOs, and a whole host of other high performing individuals across sports, business, and wellness. Below are the top 5 similarities that I’ve found amongst many/all of my podcast guests along with examples and research:

“No growth without the struggle”, “What doesn’t kill you makes you stronger”, “Nothing good comes easy” etc. etc. etc… I’m guessing you’ve heard one or maybe all of these phrases at some point in your life. Although these are easy to say in passing, there’s good reason why they’ve become some of the most prominent catch phrases when it comes to self-improvement. If you look at the highest performing individuals in any field, many of them (likely the majority) have gone through some form of intense suffering/hardship/trauma. Everything from sexual abuse, poverty, countless athletic injuries, loss of a parent and the list goes on and on. Some people will get crushed by these experiences while others will come out stronger on the other end. Here are a few examples of podcast guests that have accelerated out of their traumatic/challenging experiences:

“In 1962, the psychologist Victor Goertzel and his wife, Mildred, published a book called “Cradles of Eminence: A Provocative Study of the Childhoods of Over 400 Famous Twentieth-Century Men and Women.” They selected individuals who had had at least two biographies written about them and who had made a positive contribution to society. Their subjects ranged from Louis Armstrong, Frida Kahlo and Marie Curie to Eleanor Roosevelt, Henry Ford and John D. Rockefeller.

The Goertzels found that less than 15% of their famous men and women had been raised in supportive, untroubled homes, with another 10% in a mixed setting. Of the 400, a full 75%—some 300 individuals—had grown up in a family burdened by a severe problem: poverty, abuse, absent parents, alcoholism, serious illness or some other misfortune.” (1)

“One study led by sport psychology professor Lew Hardy in the United Kingdom compared 16 Olympic champions against 16 non-medaling Olympians. All of the medalists were exposed to trauma as children – including parental death or divorce, physical and verbal abuse or an unstable home environment – compared to only four of the non-medalists.” (2)

Of course, no reasonable person would ever wish for things like abuse, parental death, or poverty for children. However, if you wish for your child to have the resilience of a high performer, it seems paramount to provide them a challenging and supportive environment in which to grow. Which brings me to number 2.

Truth is, anyone who’s ever accomplished anything of particular significance didn’t do it alone. The elite performers of the world typically either grew up in the right environment that supported their passion (think pro surfer who grew up in Hawaii) or they went out and created that environment for themselves (pretty much any successful entrepreneur).

As many of you reading this probably well know, the environment in which you grow up in plays a large part in how easy it is to get a job in a certain industry. Take finance for example. A white male who grows up in Weston, MA (a notably wealthy town with lots of Boston finance executives living there for those don’t know) whose dad is a well-known town doctor vs. the black male who grows up in a rough part of Dorchester, MA whose parents both work multiple jobs just to put food on the table. The white kid would really have to screw things up to not get that finance job whereas the black kid would have a much harder path.

“According to research by social psychologist Dr. David McClelland of Harvard, [the people you habitually associate with] determine as much as 95 percent of your success or failure in life.” (3)

We all know the story (or perhaps even know someone personally) of the person who has achieved the highest levels of career “success” but is completely miserable and unfulfilled. They struggle in their relationships, health, and have an overall feeling of spiritual emptiness that doesn’t go away no matter how much more money they make. Do you need to become the next Gandhi or quit your job and serve in the Peace Corps? Of course not. However, it seems like the personal sacrifices you need to make in order to pursue something outside of material success are much easier to deal with.

Like number 1, lots of catch phrases here – “Focus on the process, not the outcome”, “Embrace the grind”, “Enjoy the journey” etc. Why? Because the “process”, “grind”, and “journey” are where you’ll be spending all of your time in pursuit of your goal/outcome! The following podcast guests I believe know and apply this concept well:

Apologies. I couldn’t find any good statistical research related to outcome/result dissociation. Maybe this makes sense though since it’s likely impossible to truly know/measure in the brain if someone is thinking about the process/result over many years. However, I will add a couple science-related points here.

Even when you achieve your goal (the medal, the title, the IPO etc.), the result isn’t as momentous as expected. You’ll likely have a temporary dopamine dump but that high only lasts for the briefest of moments. (6)

“Behavioral research shows that human beings have a tendency to return to their pre-success level of happiness through a process called hedonic adaptation. That dream job, that coveted title, that lavish apartment quickly become the new normal.” (6)

According to Duval & Wicklund, Self-Awareness Theory is based on the idea that you are not your thoughts, but the entity observing your thoughts; you are the thinker, separate and apart from your thoughts (7). Therefore, you have the ability to choose which thoughts are useful and which are not. More importantly, it means you are able to engage in critical self-evaluation – what are your strengths and weaknesses, when have you made mistakes in the past and how can you learn from them etc. Engaging in this self-evaluation is powerful as it allows you to pursue your goals with less blind spots that could prevent you from reaching those goals. The following guests I believe have shown great self-awareness as they’ve navigated their lives:

“According to Travis Bradberry and Jean Greaves, authors of Emotional Intelligence 2.0, 83 percent of people with high self-awareness are top performers, while only 2 percent of bottom performers display this trait.” (9)

“Korn Ferry searched 6,977 self-assessments from professionals at 486 publicly traded companies to identify the “blind spots” in individuals’ leadership characteristics, revealed by a disparity between answers in two separate parts of the test. The frequency of such blind spots was then gauged against the [Rate of Return] of those companies’ stock. The analysis demonstrated that, on average:

It’s up to YOU to decide what to do with this information. I’m in no position to tell you what you should/should not focus on in order to achieve your goals. However, with strong self-awareness, a focus on the process and purpose, a strong support system, and a challenging environment, I’m confident that you’ll be well on your way 😉. Thank you for reading and thank you to everyone who has contributed to my podcast so far.

To listen to the podcast, visit https://www.thedrivingforcepodcast.com/.

Email has been submitted.